The performance of transport-related activities involves the need to comply with relevant legal regulations. This may involve not only national law regulations, but also international ones (especially if the transport is of cross-border nature). One of the most important legal acts in this respect is the CMR Convention and the Transport Law.

What is the CMR Convention?

The CMR Convention is in force for commercial road transport of goods in international relations. It applies only to carriages performed under a transport contract with articulated vehicles, semi-trailers and trailers. It is necessary for the country of consignment or destination to be a party to the CMR Convention in order for it to apply.

According to its provisions, the Convention applies to any contract for the carriage of goods by road in vehicles for reward, irrespective of the place of residence and the nationality of the parties, if the place of receipt of the goods for carriage and the place designated for delivery, as indicated in the contract, are situated in two different countries, of which at least one is a contracting country.

CMR shall however not apply to:

The CMR agreement drawn up on the basis of the provisions of the said Convention is essential for the safety of transport and timely execution of a transport order. Its application is directly connected with the so-called CMR consignment note, which must contain all data required by the law regarding the carrier, consignee and cargo contents. A characteristic feature of the consignment note is the way it is prepared – it is always in three copies, all of which must be identical in terms of content. CMR consignment notes have identical legal force, so none of the copies is less important than the others. One is given to the sender, another to the consignee and the third remains with the carrier.

According to its provisions, this act regulates the carriage of people and goods for remuneration, performed on a contractual basis by authorized carriers, with the exception of maritime, air and horse transport. The provisions of the Act apply mutatis mutandis to carriage free of charge performed by a carrier, to international carriage, if an international agreement does not provide otherwise, and to the contract of carriage of a traveller in the case of carriage performed by inland waterway within the meaning of Article 3(i) of Regulation (EU) No 1177/2010 of the European Parliament and of the Council of 24 November 2010 concerning the rights of passengers when travelling by sea and inland waterway and amending Regulation (EC) No 2006/2004, if that Regulation does not provide otherwise.

The issue whether the establishment of the status of a carrier depends on the fulfilment of administrative and legal obligations by a given entity, on which the exercise of transport activity depends, or only on the establishment that it actually carries out transport within the scope of its undertaking is not assessed unequivocally. Substantiated arguments can be invoked in favour of each of the indicated views, as indicated by statements of science and judicature.

Carriage of goods must be performed in compliance with applicable law – which law takes precedence in this case (international or Polish)? An important piece of information is that the application of the CMR Convention is not dependent on the will of the parties. On the grounds of Polish law – the parties, in the case of carriage that is not subject to the Convention, in principle do not have the possibility to decide in the agreement that the Convention will apply to a given carriage. It is also doubtful whether particular provisions of the Convention are introduced into the content of the agreement and thus given force within a given legal relationship. The obstacle here is above all the absolute character of the regulations – for example, those included in the Act on Transport Law. A possible solution here could be the selection of foreign law as the law applicable to our contractual relationship, which foreign law would have to allow for the application of the Convention to transport contracts that do not meet the criteria indicated in the Convention itself. 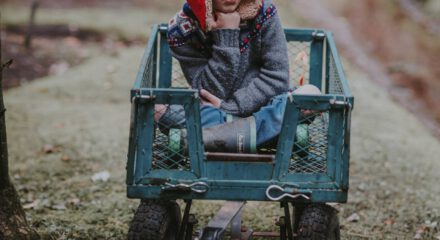 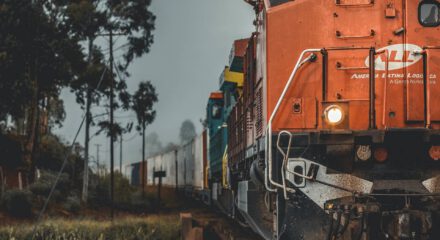 The rail forwarding contract
all posts